The OSH Act (That created OSHA) was passed over 40 years ago in order to protect America’s workers. Since then, great progress towards keeping America’s workers safe has been made. However, more work must still be done as we still have the statistics, almost daily, about serious injuries and/or fatalities.

In 2010 alone, over 4,600 workers were killed and 3.8 million workers reported injuries (and think about how many DIDN’T report). That makes an average of almost 13 injuries per day!

So a return to a previous idea of updating OSH Act in the form of a bill, Protecting America’s Workers Act (PAWA), with the intent to expand & strengthen workplace safety laws. PAWA was introduced a few different ways before in several congressional sessions, but never passed.

What is PAWA? Well it looks to update/amend OSHA to cover more workers, update penalties, strengthen protections, enhance public accountability, clarify an employer's duty to provide safe work environment. What does it entail? Let’s take a look at what PAWA aims to do: 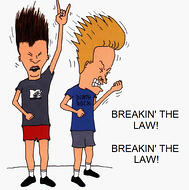 Increase penalties for law-breakers
Protects whistle-blowers on unsafe conditions in the workplace
Enhances the public's right to know about safety violations
Clarifies employer's duty to provide a safe work environment, equipment and track recordable injuries/illnesses for all workers on-

site
That about wraps up PAWA and its goals. Think for a moment about these questions and then comment what you think in the box below!
No matter what side of the fence you are on, how can workplace safety training companies continue to assist employees & employers while its being negotiated?