Fireworks Safety Tips and Why America Celebrates July with Explosions

Independence Day (AKA ‘Fourth of July’) has been celebrated with fireworks since 1776, when the United States declared its independence from Great Britain (now known as the United Kingdom). 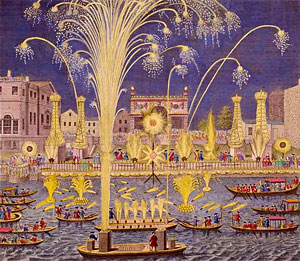 Fireworks themselves are dated back to 7th century China, where they were invented and used in many festivities. Fast forward to mid-17th century; Europe was blown away by Chinese fireworks and the popularity would rise and they were used for celebration of many important events. Finally in the late 18th century, the early European settlers brought this love of fireworks to this country and used them as rally devices, political attractions, and of course to celebrate important events.

In times past, pyrotechnicians were highly respected individuals and the art of making fireworks was a complex science with its own knowledge and techniques. Today, we have fireworks displays for festivals and celebrations, and even competitions, around the world. Did you know that the largest consumer of fireworks in the United States is the Walt Disney Corporation?

Unfortunately somewhere down the line fireworks got arguably too popular and now we have many individual consumers purchasing and igniting their own. This isn’t in itself bad, but two things are happening: people are not taking proper safety precautions and the injuries are piling up yearly, and other people are making their own. Remember when I said pyrotechnics were an art and a science? Making your own fireworks is a recipe for disaster unless you are a professional, and the numbers below will show it. Despite the dangers of fireworks, few people seem to truly understand the associated risks including devastating burns, other injuries, fires, and even death.


And finally, I leave you with the 10 tips to keep you safe this Independence Day.

Remember to stay safe this holiday and practice situational awareness. Accidents are preventable, if we practice good safety culture.